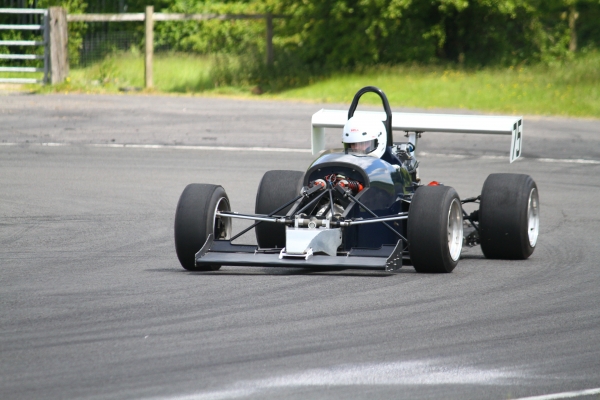 The OMS Hillclimb and Sprint car is British built and has been in the company for over 10 years. It has competed successfully at championship level at venues such as Shelsley Walsh and gives our staff the opportunity to experience motorsport first hand. The car has it's own build/development area within our new workshop adjacent to our CAE office and is now used primarily as a Demonstrator for manufacturing technologies that we implement in our Engineering Consultancy projects. 3D printing is an innovative development as it is the first time that it has been used in the direct construction of an aerofoil in the sport.

The complete assembly was designed in CAD using SolidWorks and makes use of a reasonably aggressive NACA 6412 aerofoil profile. These are repeated at regular interval on an aluminium stringer along the wing and 3D printed in ABS.This ensured a perfect and consistent section along the length of the wing. The endplates and timing strut make use of Nomex covered in carbon fibre and the secondary winglets are entirely printed in ABS. To allow us to quickly test and prove the concept on the track, the assembly was covered in temporary plastic covering. The final assembly came in at 44% of the weight of the original hand built aluminium wing.

The car was tested at the Curborough Sprint Course near Lichfield. The wing performed as we had hoped with turn into high speed corners much improved. Despite the temporary wing surface we were able to improve our best recorded lap time of the circuit by 0.3 seconds. The next revision of the wing will be completed in either carbon fibre or aluminium.