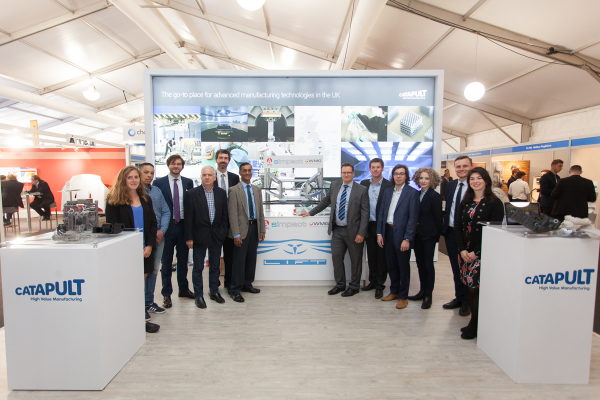 In March last year, a trio of British companies set out to develop a new automotive suspension concept. This month, they delivered LIFT which is almost 40% lighter than the conventional double wishbone system. Tested on the Ariel Atom, the weight reduction comes at no expense to functionality. The first prototype was unveilled at the 2017 Low Carbon Vehicle event at Millbrook on the 6th and 7th of Semtember.

Modern auto suspension systems have evolved around the concept of mounting linkages to a chassis. The linkages and chassis are stiff and control of the wheel compliance is provided by the kinematics of the system. The suspension is then designed around the supply of off-the-shelf components such as bushes & spring/damper units. There is nothing wrong about modern suspension systems but the project partners believed that mass savings could be achieved by considering a new integrated approach.

LIFT is fundamentally different; a flexible suspension system which combines the functionality of the spring and damper unit with the wheel control. A system which follows the road in an organic way like the wing of a hawk. This results in superior control of wheel kinematics, low dynamic mass and a lower number of components. By considering this holistic view and integrating the functionality of elasticity and damping in the new design, there are significant advantages.

Success and delivery of LIFT on the Atom within a period of just one year was made possible with a virtual engineering test and development programme. This highly specialised but effective methodology that ensures a ‘right first time’ solution. Simpact specialise in this technique, built a detailed simulation model of the current Ariel Atom and correlated it to a range of static and dynamic tests including a fully instrumented car on-track (Millbrook proving ground) and a four-poster rig (MTCE, Thetford). A correlated model then allowed Simpact to investigate a number of design concepts when subjected to a wide range of loading scenarios in the virtual environment. This means that a highly optimised solution is found before the part needs to be manufactured and tested. This advanced simulation method is a well-established method in today’s automotive OEM’s.

The result is LIFT; an innovative flexible composite suspension system which gives a 38.5% weight reduction on the baseline Ariel Atom with no loss in functionality. When applied to a modern OEM vehicle, we can expect weight savings to be more where we can combine the functionality of other components not present on the Atom (such as anti-roll bar). Analysis of an existing Toyota Yaris front suspension system resulted in a 46% weight reduction.

The consortium partners are now on the lookout for UK partners interested in taking LIFT to commercial exploitation and to integrate a piezo electric system within LIFT allowing active control and potentially energy recovery.

There is also an Autocar artcile written by Steve Cropley, Editor-in-Chief. Click here to open this in a new window.